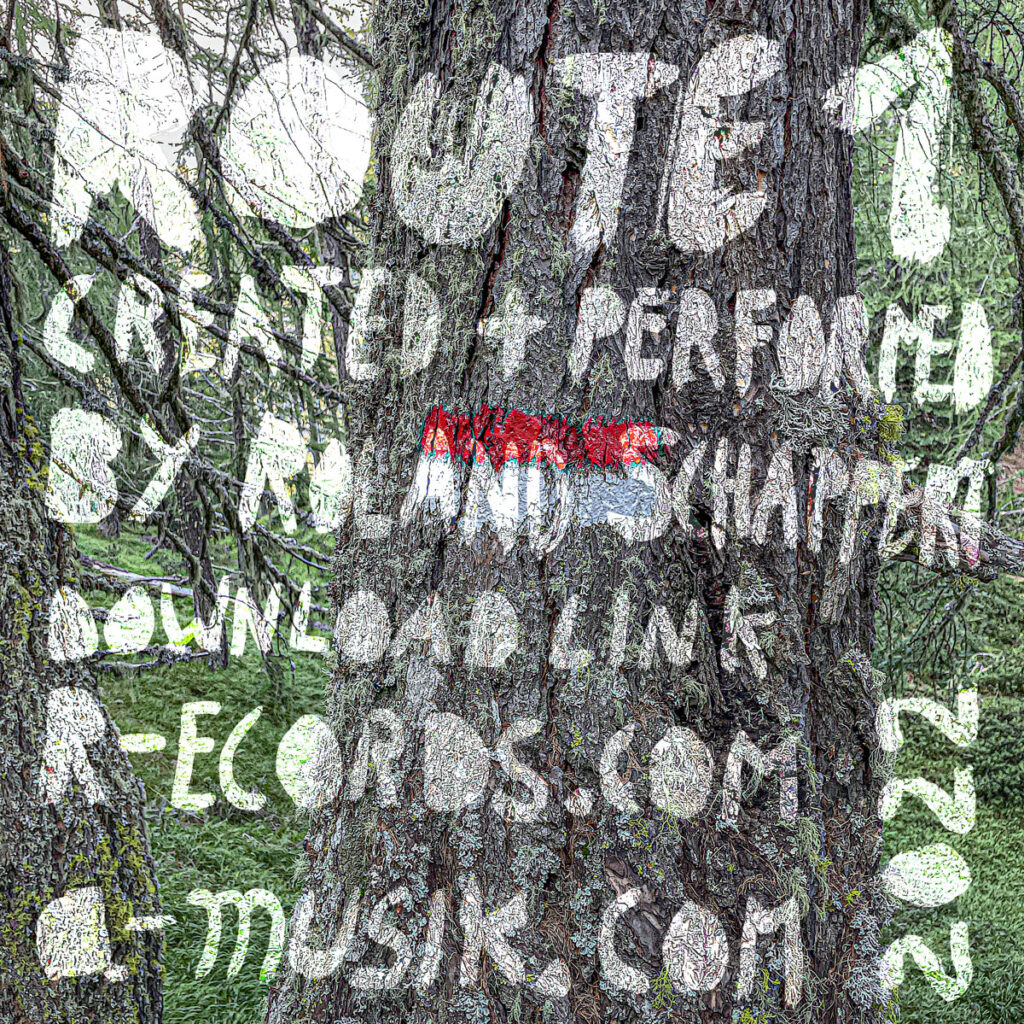 ROUTE 1 – is the title of Roland Schappert’s first LP, which is also available as a download. Divided into six pieces, all of which were created in the period from June to October 2021, Roland expresses a long-standing musical practice that is characterised by a very diverse range of sound influences and conceptions. At first glance, the careful creation of independent electronic sounds seems like a product that plays around possible current expectations.

However, ROUTE 1 not only contains aspects that use the full range of technical possibilities for sound production and leave them in the abstract mode, but is also enriched with field recordings and interspersed linguistic passages. Roland Schappert lets sparingly lyrical settings emerge virtually out of nowhere, all modulated with his own voice. It is a completely individual imagery that is inherent in all the tracks and that radiates a pleasant emotional warmth.

The titles of the pieces refer to places where Roland Schappert found himself in the year they were written. ROUTE 1 is also an exemplary foray through five decades of electronic music history ¬– from its pop-cultural synthesiser implications to the current state of digital sound techniques. A personal and a historical route that points the listener on his or her own path with fine electronic sound inventions in a highly emotional way.

ROUTE 1 is the name of Roland Schappert's debut album, on which he has compactly consolidated long-standing experiences and current realisations for the first time He uses a broad electronic spectrum that seems to meander between different styles and defies all expectations of club causalities or a drift into esoteric corners. All pieces were created June to October 2021. It is Roland Schappert's personal path of sounds that fuses contours from electronic music, pop and classical structures. Ambiguous. Rich. Constantly varying. Never top-heavy, but emotionally touching with a pleasant warmth. The latter is a very characteristic feature here. Images involuntarily emerge that, in the context of the song titles, each of which designates places, allow personal memories to flash up. But they are also capable of adapting entirely different thoughts to this tonal level, which are initially more emotional than conceptual.

Imagery is immensely important in Roland Schappert's entire oeuvre - be it the peculiarly intricate imagery of writing in the field of visual art, the free development of personally-coloured links in his literary works or the intimate suggestive power of his musical works. Roland Schappert himself defines the specific imagery of his musical processes as follows: "The means are predominantly created digitally. Compositions with virtual synthesizers are in dialogue with sparse field recordings and lyrical set pieces. Natural processes of sound discovery complemented with rhythmic elements and minimal electronics. Emotions, organic digitality.” In concrete terms, this looks like several electronic segments vying with each other in each of the four-to-ten-minute pieces, but which can slip away due to sudden breaks, only to reassemble again. The field recordings – noises during a car ride, rain, various other natural sounds, even human breathing – are pleasantly embedded in the digital sound cosmos. There is no trace of disharmony.

But that's not all. Once you have settled into this maelstrom of musical matter, a clear male speaking voice – it is Schappert's own – suddenly appears, as if from the bright nothingness of a suddenly opened window, with both short announcements and timid lyrical passages. Something like this would not usually be found in song-oriented electronic pop music; it is more reminiscent of one of the most popular representatives of the classical avant-garde – Karlheinz Stockhausen. In many of his works, such as the choral piece “ Stimmung ” and in his handling of intuitive music, for example in “ Aus den Sieben Tage ”, personal statements burst onto the scene unexpectedly every now and then – articulated from His Master's Voice himself Even his gigantic light cycle, in which the greatest possible bliss - love - is the measure of all things in the complete confusion of manifold plot lines, is not spared such disruptive actions. In Roland Schappert's work, something as sprawling as this would rather be spun in as a subtle allusion. And beyond that, there is another important aspect in the six pieces of ROUTE 1 . In some places, melodic keyboard figurations sound completely detached from the mostly closely interwoven electronic sound surfaces, which seem to refer straight to the glorious age of the baroque, but here programmed with the help of contemporary algorithms. Once again, the complexity of Roland Schappert's musical work becomes obvious. For instance, as a teenager he took classical piano lessons for ten years and also engaged in composition, which led him many years later to conceive projects in various guises, including his large-scale collaborative work Neon-Klassik in 2005, commissioned by the Cologne Society for New Music (KGNM). neon classic . Sounds im Auge for piano, mezzo-soprano and electronic sounds. During this period, his piece Ausgedrudert was also released on the first Noise of Cologne sampler.

But back to the baroque attitude. A foreign body? No. Or does it? Robert Feuchtl aka Bob Humid, who accompanied the ROUTE 1 creation process with his exemplary mastering, comments on it with the following words: "The King has already been beheaded and the caretaker plays his final loneliness on his new electronic harpsichord." Before opening another window, let us also briefly mention a comparison with earlier musical decades. In 1968, the American composer Wendy Carlos astonished both experts and audiences by transforming all of Johann Sebastian Bach's Brandenburg Concertos into a completely electronic universe, which was released on record under the pseudonym Walter Carlos as Switched-on Bach and, to everyone's amazement, mutated into a mega-seller and even made it into the pop charts. Representatives of the established critics were furious, calling it philistinism, while others were very pleased – such as Glenn Gould, who surprisingly found only praiseworthy words for this adaptation. And to bring us back to ROUTE 1, Roland Schappert switches along the developmental stages of electronic music from its pop-cultural beginnings, via the Korg synthesiser styles of the late 1970s to the 1990s, gentle techno compatibilities of the 2000s to the computer aesthetics and digital algorithms of the last two decades, up to a present-day field of possibilities of high quality.

This album is characterised by astonishing sensitivity and finely crafted nuances in timbre, tone and expressiveness. It is at the cutting edge of electronic sound design and is convincing in both its emotional impact and conceptual orientation.

Faraway frequencies pull long electronic sounds like strings. Melodic fragments join them from the opposite direction. A fragile rhythm brushes along a railing. Is washed away by rain.
Roland Schappert, 01/08/2022

Opaque hustle and bustle, simulating an urban atmosphere. Field recordings – city recordings in fact – street traffic noises, sirens. A waiter speaks. Shielded from this in inner seclusion, a lonesome player plays repetitive melodic figures, lost in thought, before the window to the outside world is opened again and everything flows into a moving scenario full of abstraction beyond the clearly definable.
Joachim Ody, 01/14/2022

An extremely calming walk, full of hallmarks of dreamy elements of sound. Floral nature sings electronically. Overjoyed feelings arise and animate longings that one would like to pursue in this real or imagined landscape. The listener’s imagination takes over.
Joachim Ody, 01/14/2022

A tonal compendium covering all the instances of the domestic environment one is exposed to on a daily basis. Outside it is raining. Emerging into these surroundings are lyrical moments that merge with the state of outside until a unity has formed that is unlike any other. Our gazes dissolve the shadows / beam them away . / your kisses taste on the inside / Words melt / like sunlight on ice.
Joachim Ody, 01/14/2022

A synthetic landing. I’m lying arm in arm with myself. City of Tomorrow and memory of the Wavestation. MS 20 and a vanished ocean. Waves drifting down, no longer breaking. The quotations are fictitious … horizon … it becomes cheerful. A melody sequence on a sharpened electric piano spirals upwards in ever evolving circles.
Roland Schappert, 01/08/2022 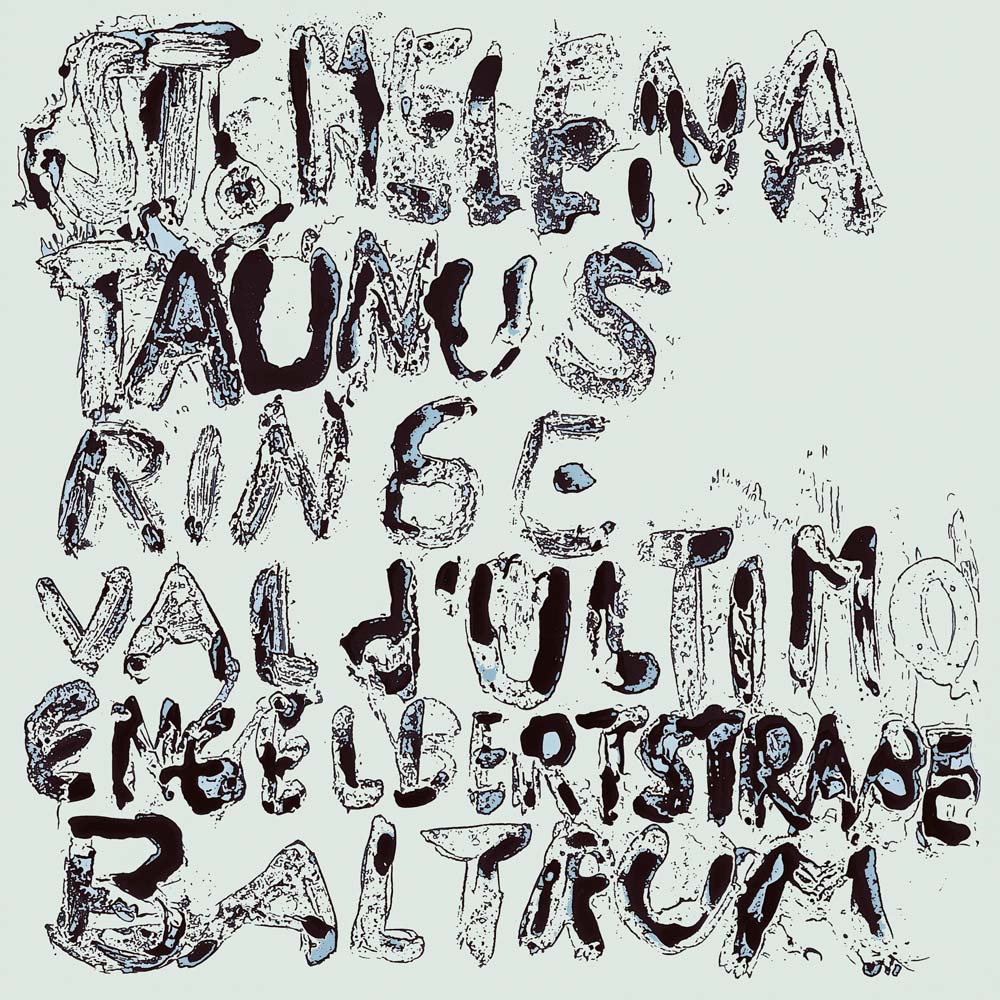